0 0 0 0
Satellite imagery of 2014 Noctiluca bloom off the coasts of Iran and Pakistan. Image courtesy of Joaquim I. Goes.

BY MALAVIKA VYAWAHARE ON OCTOBER 7, 2020

On Feb. 26, 2003, a group of scientists set out to sea from Goa, India, on a routine mission. They called it “sea truthing,” verifying data gathered by satellites eyeing the earth from hundreds of kilometers above.

What the team encountered there, in the middle of the Arabian Sea, was far from routine. About 970 kilometers (600 miles) northwest of Mumbai on India’s western coast, they found themselves sailing on a green swirl that spread out as far as the eye could see. At night, the waters glowed neon blue.

The light was emitted by millions upon millions of a strange single-celled organism: Noctiluca scintillans, or the sea sparkle. It had never been found in these waters in such abundance before. Despite its luminescence, the N. scintillans blooms are a harbinger of darker tidings, a paper published in Nature earlier this year warns.

The outbreaks occur every winter in the northern Arabian Sea, stretching from India’s western coast to the edges of the boot-shaped Arabian Peninsula. Scientists at Columbia University say they fear the rise of these blooms could herald massive declines in fisheries in the region.

“We are seeing an ecosystem shift in the Arabian Sea,” said Helga do Rosario Gomes, one of the study’s authors. “That can cause massive declines in fisheries and ultimately lead to the emergence of a dead zone.”

If the team is right, it would jeopardize the livelihoods of more than a million fishers living in settlements sprinkled along the coasts of India, Pakistan, Iran, Oman and Yemen. 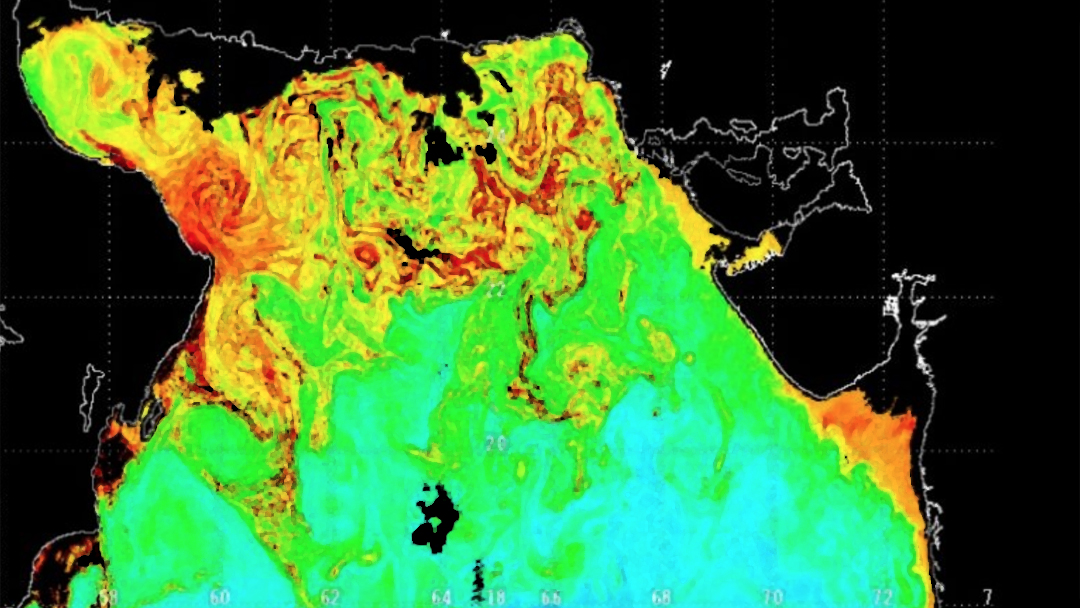 A map produced using satellite data on chlorophyll concentration. The red swirls indicate the presence of Noctiluca blooms in the Arabian Sea in February 2009. Image courtesy of Joaquim I. Goes.

0 0 0 0
Previous Article7 Tips for an Environmentally Friendly Green Halloween
Next ArticleThe US launches a national Plastics Pact, supported by all sectors