Despite overwhelming opposition, Hawaii found a way to set a precedent for the nation mandating 100 percent renewable energy by 2045. Now, four years later, the unexpected results of Hawaii’s implementation toward its clean energy target suggest a profound shift in national politics is coming for the rest of the country.

In his 10th session in the Hawaiian Legislature, Representative Chris Lee currently serves as the Chair of the Committee on Judiciary (JUD). He previously chaired the Committee on Energy and Environmental Protection (EEP), and was a member for the Water and Land Committee (WAL). 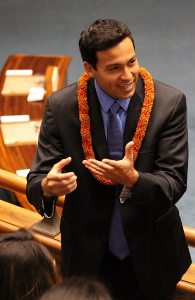